The International Conference on Fiber Optics and Photonics – PHOTONICS, is a premier conference in the emerging areas of Photonic science and technologies. The first Photonics conference (then named as CEOT-92 and later re-christened as Photonics) was held at Indian Institute of Science (IISc) Bangalore in 1992. Since then the conference is being organized biennially in different parts of the country. Photonics 94, 96, 98, 2000, 2002, 2004, 2006, 2008, 2010, and 2012 were organized by IISc Bangalore, TIFR Mumbai, IIT Delhi, IIT Bombay, CUSAT Cochin, Univ. of Hyderabad, IIT Madras, IIT Guwahati, and IIT Kharagpur (jointly with Univ. of Calcutta and CGCRI), and it has evolved to the leading forum and presently acknowledged as one of the most important conference in this area.

Indian Institute of Technology, Kanpur, established in 1959, is one of the premier institutions established by the Government of India. The aim of the Institute is to provide meaningful education, to conduct original research of the highest standard and to provide leadership in technological innovation. 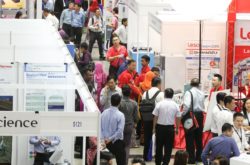 Malaysia’s outlook on major industries remain positive as the nation looks to strengthen its Research & Development in new and existing strong areas such as Biotechnology, Palm Oil, Electrical & Electronics, Energy including Biomass and Biogas, Pharmaceutical, Chemicals and Nanotechnology, where intensive R&D laboratories are vital. The 11th Malaysia Plan… Read more… 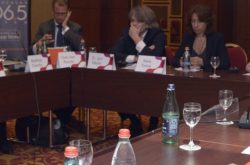 DigiTech Business Forum’s aim is supporting various business sectors to find the best technological solutions, as well as supporting technology companies to meet and present themselves to potential customers at one place. The local and international practice of implementing technologies in business, representing of best practices, the involvement of business… Read more…