World Children Expo is India’s first integrated children event which engages parents as well. Entertaining and educating its audience since 2012, WCE is the children event where there is education and entertainment for everyone in the family. The event has drawn the who’s who of the kids space from the industries of Television, Education, Licensing, Film Studios, Start Ups and Schools alike. Over 100,000 people have attended the 5 WCE’s which have been organised till date. The event is owned and produced by Creative Children Media (P) Ltd. which is India’s leading company which has enabled over 400 brands in the kids space. Its leading exhibitors include The Walt Disney Co, Cartoon network, Turner, Discovery Channel Networks, ZeeQ, Nickelodeon, Viacom 18, Microsoft Xbox and many more.

CCM is a Media Company focused on creating world class intellectual properties centered around children. Creative Children Media Pvt. Ltd is the company behind World Children Expo 2011, which is India’s premier Kid’s Expo. The Management Team of Creative Children Media which is led by Mr Rahul Gupta is aiming to build CCM as a respectable brand for all its stakeholders. The Team carries deep understanding in publishing, PR, event management and creative endeavors & is focused to identify the prospects in the educational industry which is backed by deep understanding by them. Our team members have worked at reputed companies such as Pearson, Disney and Expomedia. 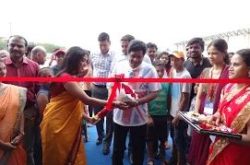 The Hyderabad Kids’ Fair will play host to a great line-up of kid’s fashion, accessories, games, education and food brands. Being the largest Kids’ Expo in India, the Hyderabad Kids’ Fair attract lakhs of visitors each year and has consistently proved to be a grand success for exhibitors, sponsors, the… Read more… 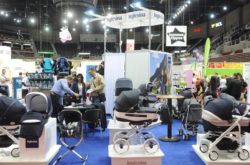 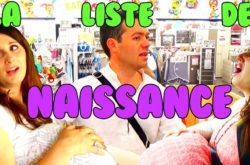 An exclusive lounge which met in the same place and time of a weekend the whole universe of prospective parents , the babies and young children . This is the concept of Baby Show, which for 15 years is deployed throughout France with over 120 events. Today, the Baby Show…