The Edmonton Airshow is an entertainment spectacle that celebrates both the rich history and the modern evolution of aviation, particularly in Edmonton.

Edmonton Airshow performances will take place at Villeneuve Airport with the support of Edmonton International Airport (EIA) and Sturgeon County.

Welcome to RWE Events! We aim to be a major event producer in the Edmonton region. Stay tuned for more! 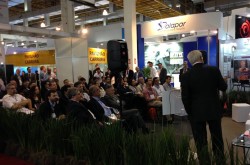 NT Expo – Business on Rails, is a consolidated exhibition platform of the rail future in South America. In 3 days the event connects suppliers and buyers from freight and passengers operators. key-themed discussions, best practices and technical debates are presents through our cutting-edge conference program.  The roundtable business meetings… 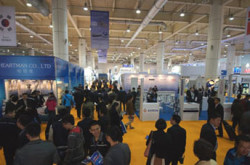 SHIPTEC CHINA 2016 will be held on 25 – 28 October in Dalian, China. With an in-depth understanding of China’s shipbuilding and shipping industries, SHIPTEC CHINA builds up itself into a more outstanding, influential and well-reputed maritime event in northern China.  In its twelfth presentation, SHIPTEC CHINA will through its… 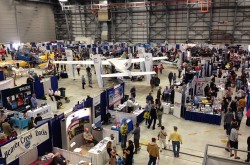 Now in its 19th season, this is Alaska’s premier, must-see aviation event with attendance over 23,000 pilots and aviation enthusiasts.Alaska is the “flyingest” state in the union with more pilots and aircraft per capita than anywhere in the world.The largest aviation trade show in Alaska.