CAPER Show prepares to celebrate its 25 editions. The 25th edition of CAPER Show , which already has 41 confirmed exhibitors, will be held during the days Wednesday 26, Thursday 27 and Friday 28 October in Costa Salguero Center in Buenos Aires.

The Argentina's mining chamber (CMEA), civil entity with legal personality, constituted in August 1991 as a result of the efforts between the representatives of the Argentina Association de Empresarios Mineros (1957), the Chamber of Mines metalliferous ( 1982) and the Confederation Minera Argentina (1972), who resolved to dissolve the last two entities and change the name and statutes of the first, then proceeding to join her associates of the dissolved entities so decide. The members of the Association of Portland Cement Manufacturers, the Chamber of the Stone of the Province of Buenos Aires, Fomicruz and Mining Chambers in the provinces of Santa Cruz, Córdoba, Chubut, Jujuy, Mendoza, Salta and San Juan, mining companies , suppliers of inputs and mining services, legal and accounting firms. Associated companies cover the entire spectrum of mining. They are represented in the CMEA the leaders of the major international mining companies and medium-scale mining of the same origin and small international companies exploration, aimed almost exclusively to the metal mining. It is also represented small and medium national mining company, usually dedicated to non-metallic mining, application rocks and building materials. They also have room for diversity of suppliers, from equipment manufacturers and mining to input suppliers and services, technical, legal and financial. 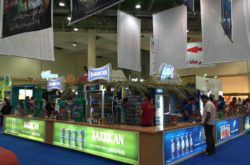 Supermarket Expo is the number one consumer Expo in the Middle East, for the general buying public. We expect over 250,000 visitors to attend and spend their money on the very latest retail consumer products. With over 250 exhibitors and more than 250,000 trade and public visitors expected to attend,… 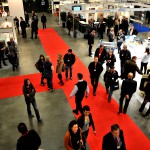 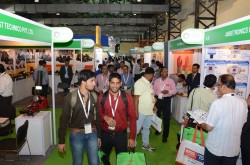