Under sunny skies Fair recorded a record number of visitors, exhibitors and boats. Over 300 registered exhibitors presented over 300 vessels, while the number of visitors surpassed 15,000 for the first time, with more than 2000 realized business visit. As for the town of Biograd with 5000 inhabitants, in him, arrived a large number of sailors, of which one in four coming from neighboring countries.

Additional pontoon bridge – which connected the main pier with the pier number 6 which were in a luxurious multihull. The first pontoon bridge erected in 2007 to link the Central and West marina Kornati, extending the exhibition space to a total of 34,000 m2

Extended Hall C – which is exclusively marine equipment. This year, all three exhibition halls were sold out a month before the fair.

The company, today known as Ilirija d. d., started in 1908, when the company's founder, Franc Golob, together with 6 of his associates started a company called Golob & Ko. They started manufacturing shoe and leather cleaning products for which Ilirija brand name was used for the first time. After some time, the factory was renamed to Ilirija.

For more than 50 years, hanseboot has been the most important annual event for more than 70,000 water sports enthusiasts from northern Germany and northern Europe – and is a trade fair that brings exhibitors into contact with an enormous number of potential customers. In 2016, the aim remains to… 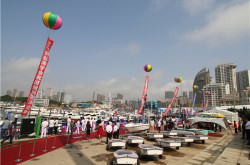 Dalian Boat Show will be presented for the 9th edition on June 17 – 20 in Dalian, being a leadership event for people who are pursuing modern lifestyles in Northeast China. Boatbuilding will be well kept as its core value and the ever attraction for this industry sector. Two new… 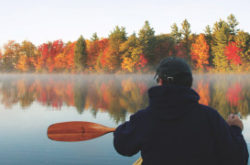