The Atlanta Film Festival is one of the largest and longest-running festival in the country, welcoming an audience of nearly 25,000 to discover hundreds of new independent, international, animated, documentary, and short films, selected from 3000+ submissions from all over the world.Atlanta Film Festival is a 10 day event being held from 1st April to the 10th April 2016 at the in Atlanta, USA.

Comcast brings together the best in media and technology. We drive innovation to create the world's best entertainment and online experiences.

Fashion is about more than the clothes we wear or the shoes we put on our feet. It encompasses everything from how we style our hair, to how we do our makeup, to the jewelry we accessorize with and even the style of how we get our nails done. Fashion… Read more… 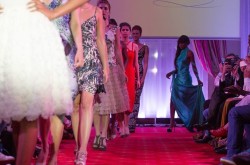